Even though it's officially Spring, it's still a bit chilly outside. Truthfully, I am not hot weather's biggest fan, so clinging on to cooler temperatures for a bit is welcome! Take me outside into the heat for more than 15 minutes and I become an itsy bitsy bit grumpy. Good thing I live in Canada where hot weather lasts approximately 1 week!

Last year was different. Y was born in January, during quite possibly the coldest winter ever. I mean we had an ice storm right before he was born. C'mon!  I can't even explain how worried I was that I was going to go into labor and be trapped in a storm. Yeah. Then he was born and let me tell you, there is nothing quite like having a colicky baby and being trapped in your apartment for 24 hour day cycles, with the risk of frost bite if you just want to get outside for a breath of fresh air. It sucked. A lot.

Then summer arrived and with it colic left. I'm making it sound significantly lighter than it was, but more on colic another time.

Basically, last Spring and Summer were more than just sticky days. It was freedom, and new adventures with our little boy!

As I reminisce about those warm, sunny days, I'm sharing a recipe that M & I would make for Shabbos pretty much every week when I was pregnant with Y. I was obsessed. I could not get enough of this salad - yeah salad. I skipped all those sweet cravings and opted for salad. For reals.

For years the only vegetables I'd eat were carrots or potatoes. And let me clarify... I'd only eat the carrots if they were baked into a cake or muffin, or if they were boiled the way my grandmother, Avo Ana, would make them. By the way when I say "for years" I mean up until, oh maybe... six years ago! But all of a sudden, pregnant me tolerated and actually liked spinach! The strawberries, vinaigrette & almonds could have something to do with it though... 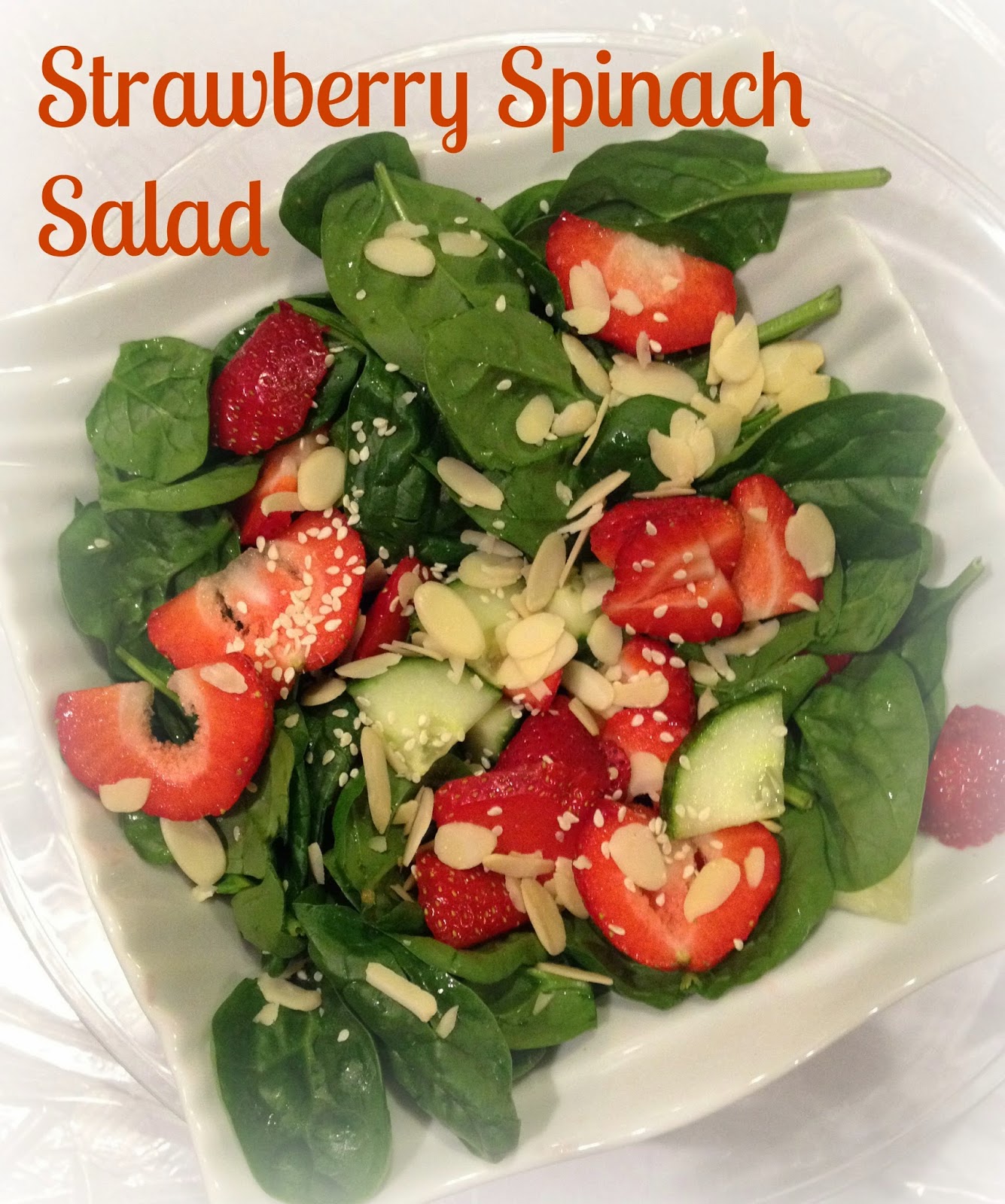 I will admit, I used a store bought dressing *gasp.* In my defense it is pretty fantastic. I've never been very good at making dressings, they're always either too oily, not oily enough or just off. That and caramel, are two things to date, that this itsy bitsy balebusta has not been able to successfully make. Anyhow, M & I finally settled on a Tonelli raspberry vinaigrette after standing in the aisle at the grocery store for way too long. We had previously tried one other dressing which M accurately described as, "tastes like cardboard." We definitely had better luck with this one, I mean we literally wanted to add it to everything we ate! It's light, sweet and adds the perfect finishing touch! If you feel inclined to make your own, you can find a fantastic homemade variation over at Overtime Cook, where she shares her recipe for Raspberry Zinger Vinaigrette! I've substituted the raspberry tea for pomegranate tea (special Rosh HaShanah treat!) and it was great, so you're able to play around with it to suit your taste. If I can successfully make this vinaigrette, you most definitely can too!

So here's a fresh, healthy and colorful way to bring in Spring! I'll return to dessert recipes shortly, promise! 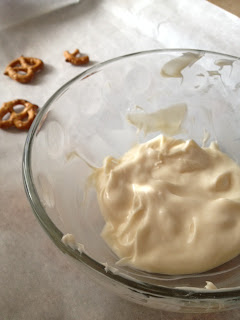